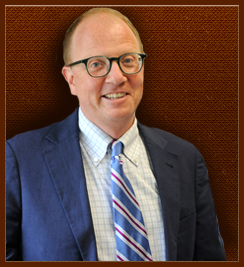 It's easy enough to be charged with a DUI in South Carolina. We have recently gone from one of the five most lenient states in the country on DUI laws to one of the five strictest states on DUI laws. And the State has hired extra patrolmen just to stop people on any and all traffic violations they can find. Once you've been stopped or a minor traffic violation and you are asked 'Have you been drinking?', even if it's two drinks with dinner, odds are that you'll get charged with a DUI.

The fine is not that large. Certainly the fine is cheaper than hiring a lawyer, so you might be tempted to pay the fine and take your lumps. That's the worst possible thing you can do. The real penalty to getting a DUI in South Carolina is not the fine for the DUI, but everything that goes along with it.

First, if you refused to blow for the Breathalyzer test, you will lose your license for six months. You can request for a reinstatement of your license and there will be an Implied Consent Hearing that is completely separate from the DUI hearing itself. With hard work and a little luck, an attorney experienced with DUI Offenses can get your license reinstated at this point and you will have full use of your license pending your DUI hearing. Alternately, depending on your circumstances, you can get a route restricted license to get to work and take care of your obligations for the six month period that your license is suspended.

The other penalties of a DUI are mandatory jail time of 48 hours, 72 hours or 30 days in jail for a FIRST offense, completion of an Alcohol and Drug counseling program and three years of high risk insurance (SR-22). Plus, if you get a second DUI conviction within 10 years, yes that's right in ten years, license suspension goes up to a one year license suspension, the fines go up to $2,100; $2,500 and $3,500 and the jail time goes up to 5 days, 30 days and 90 days. The different numbers depend on whether you had <.10; .10 to .16%, or >.16% blood alcohol. As you can see, they take DUI's very, very seriously in South Carolina now.

There are very specific requirements that the police have to follow; both in the roadside sobriety tests, in videotaping the procedures, in conducting the datamaster tests so that they're accurate and in calibrating the datamaster machines to maintain their accuracy. An attorney experienced with DUI offenses can often suppress evidence or get evidence thrown out so that a Solicitor cannot make a valid case. Or the attorney can potentially throw enough doubt on the Solicitor's case so that the Solicitor will reduce the charges.

No matter what you decide, please remember that a DUI conviction can NEVER be removed from your criminal record.