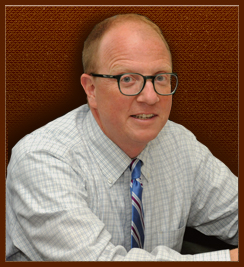 A comment from the wrong person and a life can be ruined in an instant. Whether it's from a wife in a divorce, a contested custody case and your ex-spouse says that your child made a statement, an ex-employee who is bringing a wrongful termination suit, someone you dated after a bad break up, or any number of situations.

A reputation built over the course of a lifetime can be shattered in an instant. Many sex offenses are built on exaggeration, misunderstandings, questionable motives or false accusations. Sex offenses often have no witnesses or evidence and boil down to a matter of he said / she said.

When charged with a sex offense, whether it was a consensual event where there was a later misunderstanding or a false accusation, it can feel like the world is against you when charged with a sex offense. You need someone that understands that just because you are accused, it doesn't mean that you are guilty. You need someone that will take your side of the case and start looking critically at the accusations against you and start poking holes in the inconsistencies of the accusations against you.

If you're charged with a sex offense, you need a lawyer specifically experienced with sex offenses to help you. You need Alex Postic on your side. Call Alex Postic today at (803) 771-8081.

The public is relatively forgiving of people who have served their time for crimes. That feeling of amnesty does not hold with sex offenses. When you plead guilty or are found guilty of a sex offense, you are put on a lifetime sex offender list and must register twice a year where ever you live. The sex offender lists are publicly available and your neighbors will know that you are a registered sex offender. Some states will limit how close you can live to schools and daycares. Other states will limit your ability to work with children or the public.

You need a lawyer experienced in handling sex offenses to determine whether you have better options than pleading guilty and being placed on a registered sex offender list for the rest of your life .You need Alex Postic on your side. Call Alex Postic today at (803) 771-8081.